You're in luck! We've partnered with SaaSInsider to give you a 25% discount on all plans till 15th May. Use SAAS_INSIDER at checkout

Contracts for Creatives - A Mini Guide 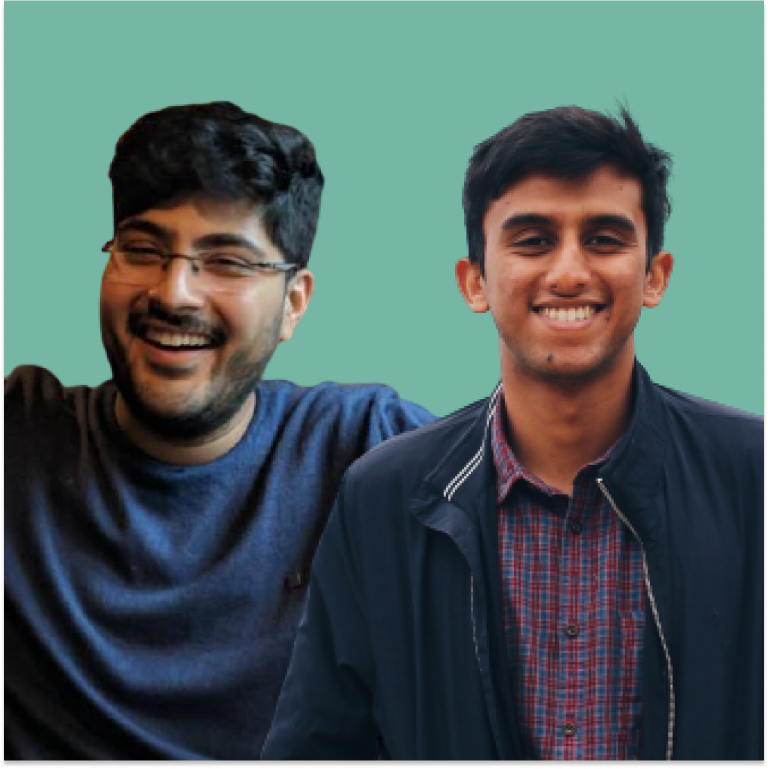 April 2021
Contracts tend to be baffling, replete with jargon and legalese. Naturally, entering into a contract can be daunting. But if you are a freelancer on the verge of getting your next (or first) big gig, check out our short crash course on the important elements of a contract. We promise, contracts will baffle you no more. 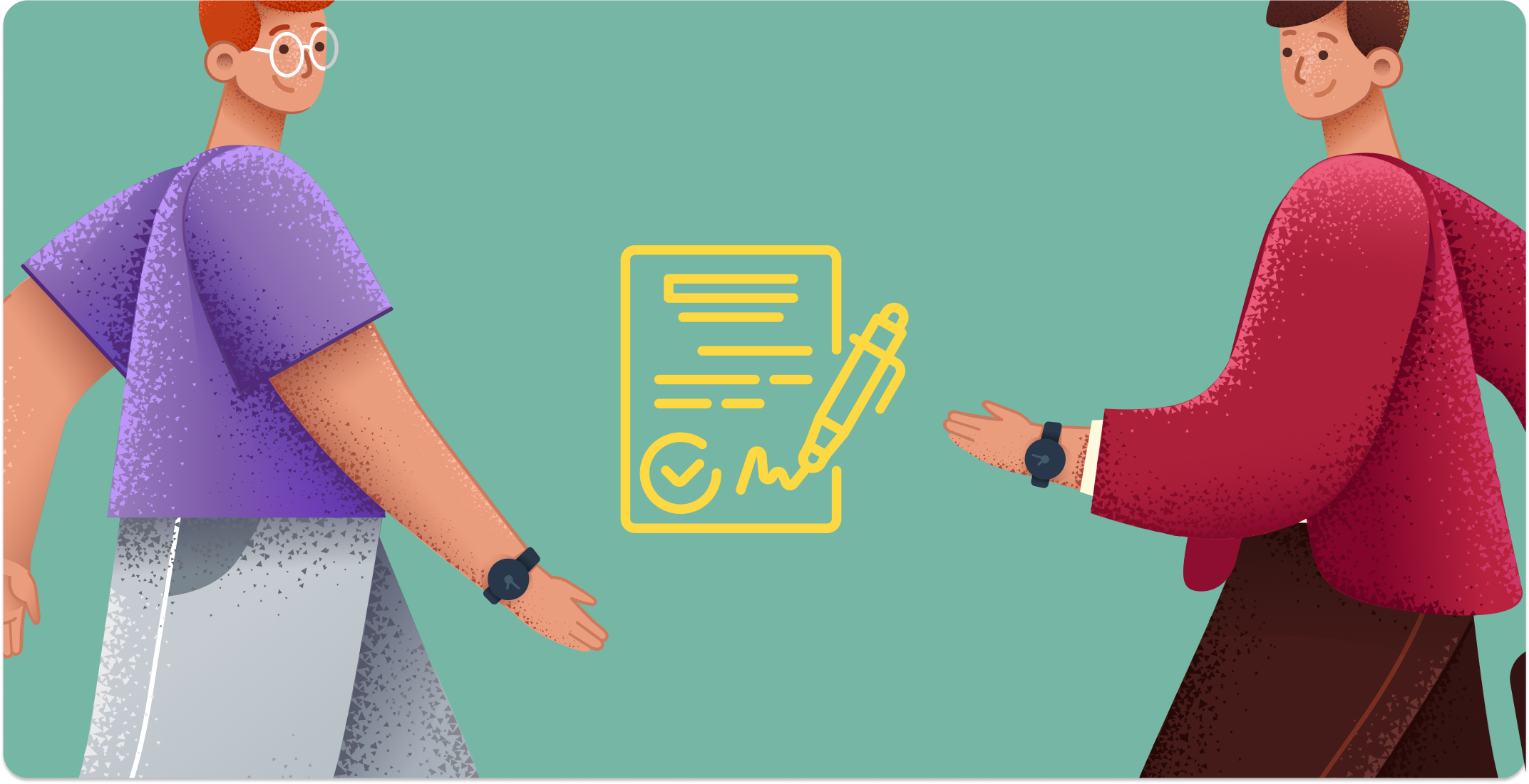 We are all Contract Deaf. Most people rarely read a website’s terms of use before using it. Similarly, when most freelancers land a contract, they rarely read the contract. Most of the time it's because you've gotten the client to agree after a lot of negotiation, and you definitely don’t want some legal mumbo jumbo to get in the way. Or you’re just too excited and want to start with your art. Though understandable, it won't hurt to be equipped to read through it, just so that a few prickly things don't come back and haunt you in the future.

Once clients have decided to trust you with the gig, they’ll likely be open to discussing any issues you have in the contract and sorting it out. So if you find something that irks you, always err on the side of caution. Service contracts handed to you will likely be similar and follow a general template, making it easy for you to find these critical bits. If they haven’t mentioned it, you should ask them to add it to the contract, depending, of course, on how important it is for you. Below are some critical, but sneaky clauses to look out for when signing your next contract:

Any freelancer knows that many clients tend to have a rough idea of what they want initially. As you deliver designs and art, they’ll normally provide feedback and ask you to make some changes. This is fine. Creative processes require a constant back and forth. However, make sure that your clients aren’t taking you for a ride. As a rule of thumb, if you can’t tell from the text of the contract what you’re supposed to do, then you should ask them to clarify and put what they say into the contract.

Projects give you a portfolio, and your portfolio gets you more projects. That’s why freelancers will often take up a great project with less pay, as it will pay them back in the long run. However, that’s not true if one’s never allowed to show and tell others about their work on their project.

It’s not uncommon that those outsourcing design work don’t want others to know that they get their design work done outside. So they make you promise that you’ll never tell anyone about this work that you’re doing, either through a clause in your contract or with a standalone document popularly known as a non-disclosure agreement. Always keep an eye out for these kinds of restrictions, if you find something like this, tell them your concerns and clarify what they mean. If they don’t budget, at least get an exception carved out, that you won’t display it on your public portfolio but you’d want to tell prospective clients privately about what you’ve made for them.

If you’re working with a company as a full-time employee, your employment contract (or depending on where you’re based out of, your country’s laws) will almost always restrict you from having any other full-time jobs at the same time. That’s not true for freelancers; that might just be a big reason why lots of you who prioritize independence and flexibility become freelancers in the first place. However, your clients can always restrict you to an exclusive relationship, and make you only work with them for the duration of your project. The temporary lack of freedom may or may not be a deal-breaker for you, but either way, be aware of what you’re agreeing to in this regard.

Exclusivity is a restriction for the duration of the contract, but non-competition (usually referred to as a “non-compete”) is something that restricts you even after the project is completed. These clauses aim to stop you from starting, or working for, any business in the future, which may be in competition with this client. It sounds simple, but even a first-year law student who’s done Contracts 101 can tell you that it’s much more complicated than it sounds.

A TL;DR version is that only non-competes reasonable in terms of scope, duration, and location, will be enforced by courts. If your Contract has a non-compete that seems vague and broad, clients will find it difficult to get it enforced since courts tend to frown upon such loosely worded non-competes. However, it’s just easier to discuss and agree upon something reasonable, and make sure, that even though it's mostly not going to court, it's something you intend to honor.

Marriages may be made in heaven, but relationships with clients most definitely are not. It is natural that some of your client relationships may turn sour. It may be your fault or theirs, but make sure you get to terminate the contract (end your contract) on well-defined grounds.

There could be a number of reasonable grounds on which the contract may be terminated but make sure that a list is present in your contract and you know what each item on the list means. Normally this clause is mutual, meaning both the client and the freelancer will be able to take recourse if the professional relationship disintegrates.

Your transaction with your client should be simple - you complete the project, and they pay you for it. Do check your contract to see if it actually is as simple as that. Read the clauses about deliverables, work, and payment — and if you think it gives them the power to not pay you if they at the last moment decide that it’s not “satisfactory” work, you should ask them if that’s their intention. If not, then ask them to make the language clearer, and make it absolute that they’ll pay you upon completion.

A freelancer has to be mindful of whether the rights over their intellectual property (IP) transfer to the client or if it’s only being licensed. There are various types of IP but you must know the following:

Most freelancers hold copyright over their works by default, but it’s very easy to change this via a contract. And clients will usually do so, and add in a clause transferring ownership to them upon the completion of the project. On the other hand, licensing means owning the underlying IP, with only rights of use being given to the clients. For freelance projects, it’ll almost always make more sense for clients to own rather than license, especially when ownership doesn’t matter to you in the long run - so that’s how it usually will be. Neither is wrong or dangerous- it’s just smart to be mindful of what the actual situation is.

In a clause usually titled Notice, contracts will generally define what will be considered to be “official communication”, which would be mandated in case of termination, amendment, extension, etc. Even big corporates miss this sometimes, and cases have turned based on certain communication not being considered unofficial and invalid. To protect yourself, there’s a simple hack- if you see a notice clause, ask them to put in an email address as well. The reason is simple, you’re a freelancer, and you don’t have a large operations team handling communications for you. Once that’s in, just c.c every email to that official email address shamelessly.

As with most jobs, even terminating the agreement might require a few weeks or a month of notice (depending on the scale of the project), so take into consideration those requirements when bouncing. Although it’s considered fair practice to have the notice-period common to both sides, not having to be bound by these rules is one of the main benefits of hiring freelancer contractors for companies. So if they have the right to terminate the contract immediately but you don’t, know that it’s fairly common and that there’s nothing uncommon there.

Some contracts will give the client complete control over the payment, by making your money payable upon their discretionary satisfaction. They don’t actually intend to not pay you and tie you into bonded labour, they just think the hanging sword of non-payment will make you actually finish the work and do a good job. It’s like insurance for them; nothing really wrong with that, except that you also need to protect your time and effort and spend everything you have just to finish their one project. You know how clients can be — unreliable, with no idea of what they want, or worse, a constantly changing idea of what they want. Even if they don’t like the work at the last moment, you still want to be paid. So give them ample opportunity before the end of the project to comment on and check your work, and set payment milestones (use Turtlewig for that!). Based on how big the project is, also consider adding an advance payment to get you started. Milestones ensure that you continually get feedback, and get paid as and when you reach them. And in the off-chance that they decide to cancel the project in the middle, you still get paid for the work already completed.

These things to watch out for are by no means exhaustive. They don’t cover everything, but they cover the most common issues and those that you should generally be able to solve by yourself. Hopefully, the next time you come across a contract you’ll take all this into consideration and sort it out. In the rare case that you see any other, bigger, scarier legalese, words like arbitration, indemnification, subcontracting, warrantee, etc., in the contract given to you, it’s advisable to get some form of professional eyes on it. Even a law school or a recent graduate you know would have the ability to help you navigate it. If you need help from Turtlewig, write to us at legal@turtlewig.com and we’ll be happy to help you out.

Note: As is with most things, none of the references to either the design freelancing or legal industry here are absolute. Most things are to be read with a “generally speaking” in mind. This article has been written by lawyers, but they’re not your lawyers, and none of this is specific legal advice.

Bring your work
to life